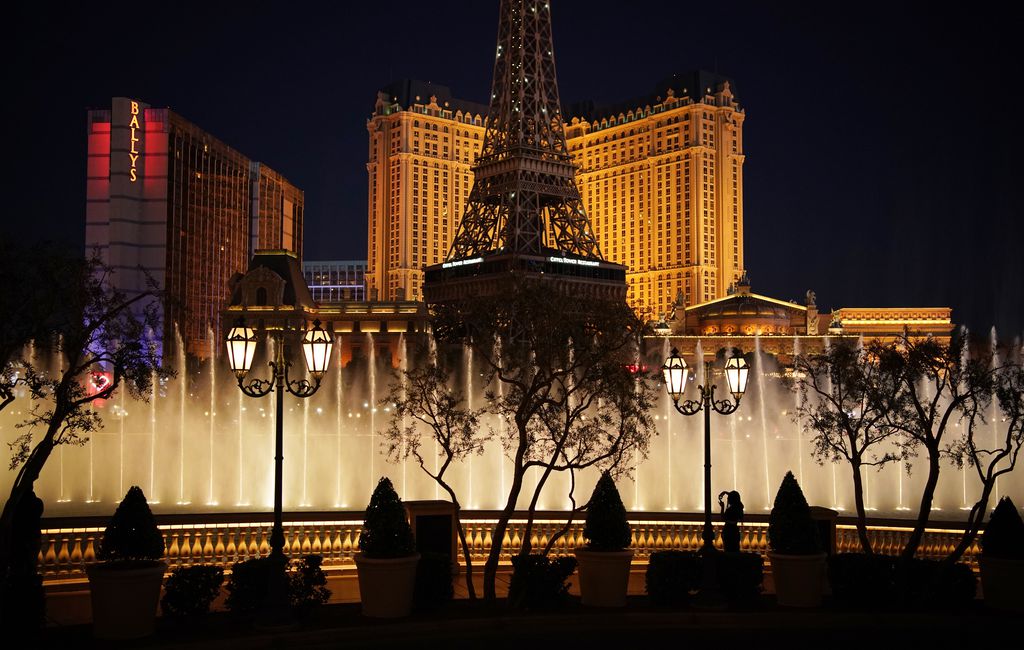 (John Locher | Associated Press) A woman watches the fountains at the Bellagio hotel-casino along the Las Vegas Strip.

Salt Lake City will get a touch of Las Vegas glam — sans the gambling — when Flanker Kitchen + Sporting Club opens at The Gateway this fall.

The 21-and-older dining, drinking and entertainment venue — the first in the country — will have a restaurant, three bars, 400-square-feet of LED screens, karaoke, golf simulator rooms, foosball and shuffleboard tables.

Flanker Kitchen is one of the first projects of the Las Vegas-based Carver Road Hospitality and its owner and CEO Sean Christie — the former president of nightlife at MGM Resorts International. Later this year, the company will open Carversteak inside Resorts World Las Vegas.

Flanker is expected to open in September at the north end of The Gateway, in the short-lived Punch Bowl Social spot. The latter “eater-tainment” venue had only been open about seven months, when the pandemic closed it for good.

While the two concepts sound similar, Jenny Cushing, vice president of leasing for The Gateway, said in a news release that Flanker will be different.

“Flanker’s Vegas-style approach taps into Utah’s sports-loving culture and our growing demand for elevated cuisine and inventive cocktails,” she said. “It promises to be unlike anything Salt Lake City has seen before.”

Here are a few other things to look for when Flanker Kitchen opens in September.

• A restaurant with an “elevated” American menu and decor inspired by the Utah Jazz and Utah Grizzlies.

• A stage for live music and entertainment.